The Club Penguin Frozen Party was an event on Disney's animated game, Club Penguin. It features main characters from the film, most notable Elsa, Anna, Olaf, and Marshmallow (the later two are only available as penguin transformations.

Gary the Gadget Guy, Club Penguin's resident inventor, originally predicts sunny weather throughout the summer. However, it begins to get colder and snow more heavily like winter. Realizing this, Aunt Arctic decides to invite her friend and her friend's sister to the island to enjoy 'summer' with them. 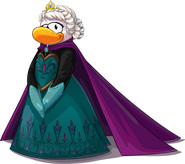 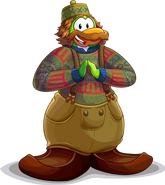 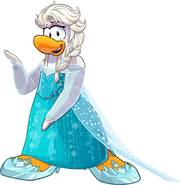 Retrieved from "https://frozen.fandom.com/wiki/Club_Penguin_Frozen_Party?oldid=35270"
Community content is available under CC-BY-SA unless otherwise noted.