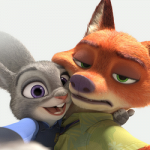 Greetings, I am Dragonboy6491 (you can address me as Dragonboy or Bill), and I am a bureaucrat and administrator on the Frozen Wiki. If you have any questions, comments, or concerns, feel free to message me on my wall and I will get back to you as soon as possible! If you wish to message me privately, I can be reached at dragonboy6491@gmail.com.

Why I am on this Wiki

So I watched Frozen some time after Christmas (December 28, 2013, if you want to be precise), and I immediately fell in love with it. The characters, the music, the visuals, the themes ... it was all superb. Above all else, Frozen resonated with me due to its relatability. We all can find sympathy with Anna and Elsa because we'd do anything for those we care about. By all means, this wasn't Disney's first film about love triumphing against all odds, but in my eyes, it was unsurpassed when it came to actually drawing viewers into the story, allowing for an emotional investment that just isn't seen with most films these days. It has a little bit to offer for everyone in terms of genre: comedy, epic adventure, fantasy, romance, family. I could type pages about my love for Frozen but I'll spare you the details; that being said, if you wish to discuss the film with me, feel free to message me.

But watching the film over and over, listening to the soundtrack ... it just wasn't enough for me. Eventually, I found myself here and have since dedicated my time to building an online resource as a way to be even closer to the film; my goal was to improve my own knowledge of the film in the process. I started off as a regular user who didn't have a clue what he was doing, but with time and dedication, I became a rollback user and, eventually, an administrator.

Currently, I'm trying to whip this Wiki into shape by introducing proper editing protocols with the Manual of Style (MoS). Hopefully, this will create a more encyclopedic experience for everyone. The Elsa dolls are a plus XD

Photo credits go to Humphry02, who found this tidbit in the Daily Mail.

However, I'm still learning the ropes and so feel free to correct any mistakes I make! I'm especially useless with coding, so if you need assistance in that area, I'm afraid I won't be able to help much.

I'm currently a junior attending New York University, studying biology at the College of Arts and Science. That being said, I don't have the best English background, so if my grammar/vocabulary is atrocious, I apologize in advance. Due to my objective focus on science, I also do not have the best interpretive skills, so if you're wanting an insightful discussion about the film, I apologize if my replies lack the depth you may be seeking.

Aside from Frozen, I'm mostly a hardcore nerd who likes his science fiction, comics, and video games. I'm also very fond of sitcoms, my favorite being Seinfeld. I'm not particularly well-read, so if you're looking to discuss about literature outside of fantasy novels like Harry Potter, well you're out of luck. Frozen soundtrack aside, I don't really have a wide variety of musical tastes, choosing instead to focus on select pieces that I find particularly evocative.

Here are two particularly good videos that do a great job exploring the themes of the film and presenting them in a clear, concise manner:

Elsa: You tell me I'm frozen

Focuses on Elsa's detachment from others and the personal sacrifices she's endured to keep everyone safe.

Frozen: Running through the snow

Focuses on the film's climax and Olaf's wisdom: "Love is putting someone else's needs before yours."

I do not have a huge presence on other Wikis; instead, I elect mostly to stick to the shadows; however, the Wikis I frequent most are Assassin's Creed Wiki, Avatar Wiki, Clash of Clans Wiki, Disney Wiki, Marvel Comics Database, and Wookieepedia.

I recently adopted the Tangled Wiki and founded the Zootopia Wiki. There's a lot of work to be done at both, so feel free to stop by and lend a hand!

Retrieved from "https://frozen.fandom.com/wiki/User:Dragonboy6491?oldid=38098"
Community content is available under CC-BY-SA unless otherwise noted.