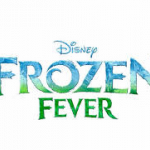 This is your user page. Please edit this page to tell the community about yourself!

Hi! My name is Elise Woodford and I live in Ohio. I am a 14 yr old frozen fanatic, I could say I know everything about Frozen too. I can't wait for Frozen Fever to come out and I am very excited. Ever since Frozen came out the very first time I saw it, I was in love. I've been more attached to Disney itself too. I also have an idea about how Frozen 2 should look like if they even make it but i'm sure they will! I love animals too, I may not agree with Kristoff with riendeers being better than people but, I do love my dog, Juliet, very much. My all time favorite disney movie is Frozen and my 2nd one being Tangled and my 3rd being The Lion King. My favorite character form the movie is Olaf, my least being Hans, I mean… he's a cotton headed ninny muggins.

Alright, here's my idea for a Frozen 2. Elsa meets a handsome Prince from a fictional kingdom called Neveah. This so called handsome prince would be named Andrew. He would have a brother who's 18 named Dylan and Andrew is 21. Andrew's early life would be similar to Elsa's. He gets awoken by Dylan and asks if he wants to go ice skating. Andrew DOES NOT have the same powers as Elsa, in fact he doesn't even have any powers at all. He lives in a kingdom where it is very hot and snows rarely. It doesn't bother him because it snowed on his birth. His mother however dies at his birth so it's only his father King Augustus and his 'adoptive' mother Mary. Anyways, he and Dylan goes ice skating, and they have a little fun and then suddenly, Andrew slips and cracks his head open. Afterwards vowing to himself to never go skating again. His parents would lock him in his room and split the two princes apart leaving Dylan all alone. Years pass and Dylan sings a song called "Do you wanna go ice skating". Andrew refuses and stays in his room. They're 8 yrs old when this happens, but Dylan is 5. A couple years pass and Andrew and his mother go away for a trading trip. They go to ARRENDELLE! Dylan and the king stay to watch the kingdom. Andrew is thrilled to finally get out of his room. They arrive at ARRENDELLE safely and meets up with the king and queen. While they chat, Andrew looks around the castle and stumbled upon white snow on the floor. That's Elsa's room, curious he opens the door and sees a young lady in the corner of her room kind of startled lol. Andrew apologizes and introduces himself. They chat for 2 min before he departs and yes back to his mother. Then on he never forgot what Elsa looked like, he was in love. 11 yrs pass and Andrew and Dylan are now 21 and 18. King Augustus goes on a trip but dies like Queen Idun and King Agdar. Depressed, Dylan and Mary go to their funeral but Andrew stays in his room. 3 yrs later Andrew, Dylan and their mother go back to ARRENDELLE to settle ease with trade because they didn't finish last time. Andrew and Elsa meet again and they both fall in love with each other. Elsa remembers him and from yrs ago and they hang for days. Then when on the ice, Andrew proposes and Elsa accepts.

Andrew and Elsa's wedding is 3 days after the proposal and it's similar to the Tangled wedding, only with Olaf and Sven losing the rings. After they get married they go on their honeymoon to Neveah. They come back and shortly after Elsa finds out that she's pregnant. Nervous to tell Andrew about the news, she waits until he finds weird stuff happening lately after 3 months. Yes, she tells him at 3 months pregnant. Surprised, Andrew tells her that he always loved children and is very excited to have a kid of thier own. 6 months after, Elsa is very sick and abott to give birth. With her icy powers, the birth feels very sickening and she is very weak becauee what they dontt know, is that the baby is developing her powers. She feels very ill and weak but at 3AM she delivers a healthy little princess. They decided to call her Emily. 2 yrs pass and the couple finds out that their daughter is possessed with icy magic, calmly Elsa explains to Andrew that she knows what it's like and that they will never shut the gates, but they will teach Emily to use her powers correctly. At 10 yrs old, Emily is very frightened and ice is forming on her door. She isn't doing a very good job, but neither did her mother so yeah. When Emily is 18, Andrew has medical issues and dies of an unexpecting heart attack. Very depressed, Emily and Elsa attend his funeral. 2 yrs after, Elsa snd Anna go somewhere but die at sea. All thats left is her uncle Kristoff. But 1 yr later she controls her powers and becomes the new queen of ARRENDELLE.

Retrieved from "https://frozen.fandom.com/wiki/User:Elise_Woodford?oldid=31101"
Community content is available under CC-BY-SA unless otherwise noted.